Nathaniel and Poppy shine in USA 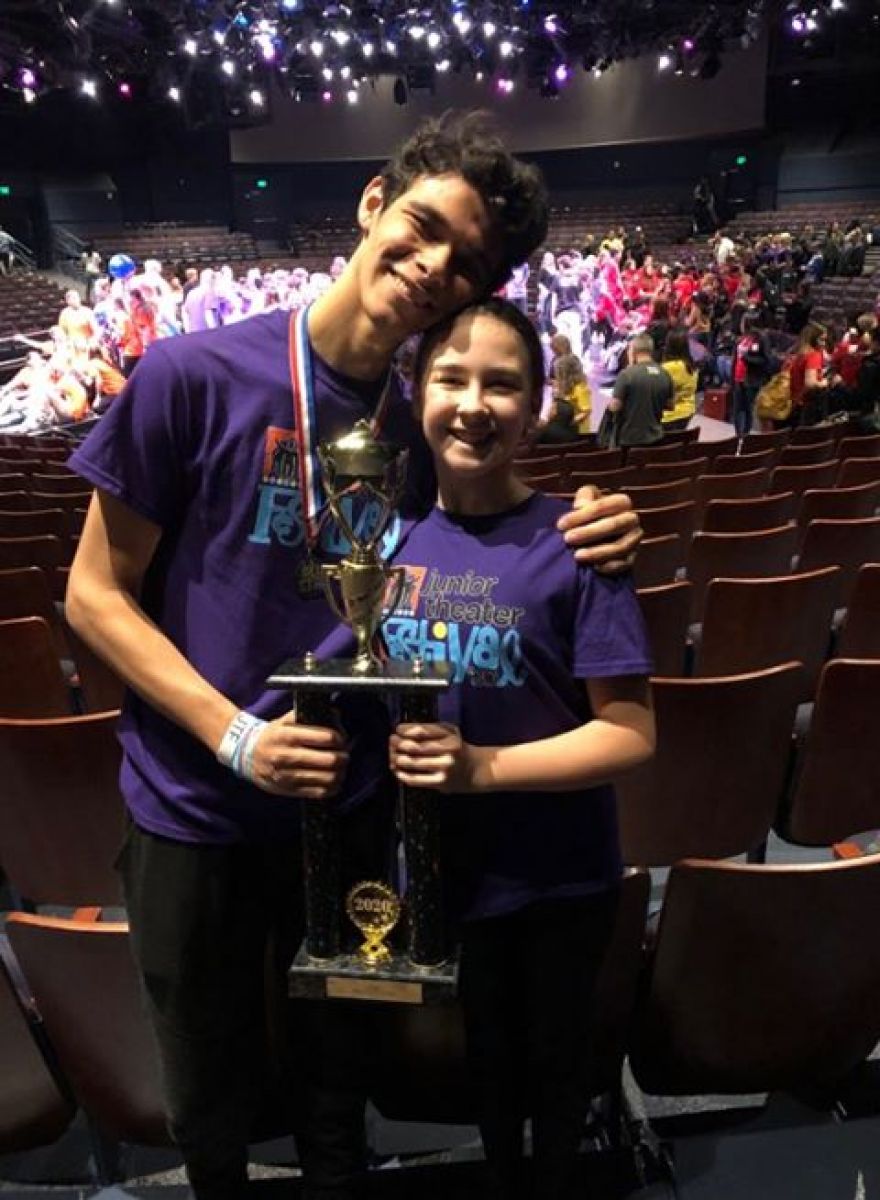 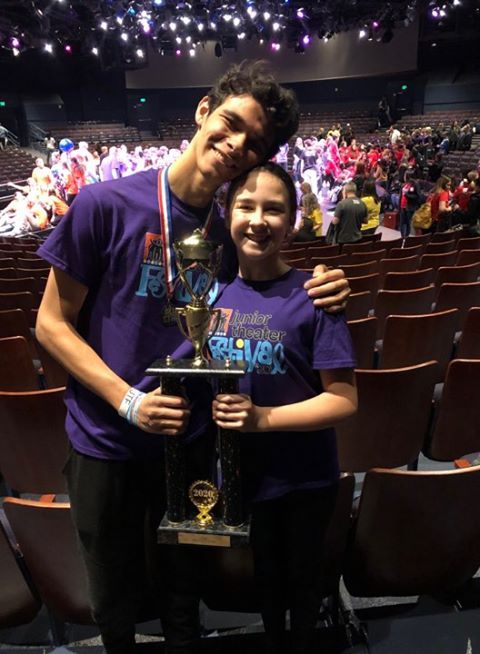 Congratulations to our 2019 Year 12 graduate Nathaniel Savy who was presented with the 'Outstanding Individual Performance Award' at the Junior Theatre Festival in the USA. Nathaniel joined our Secondary student Poppy Nobes at the festival as part of the Australian Theatre Celebrations Cast who went on to win the Outstanding Acting Ensemble Award.

The Australian cast of 9 beat casts who had more than 40 to take out the gong.

The festival was held in Sacramento California, with Poppy and Nathaniel joining more than 5000 youth for the show.

Our two students were selected from the La Petite Bowen JTC Cast of Shrek to represent Australia at America’s biggest Festival of Junior Musical Theatre in America.
Poppy and Nathaniel were given their roles in the ‘Seussical Kids’ show and spent time workshopping with Disney’s Musical Theatre Team where they learned and recorded a sound as well as learned the choreography to the piece and have their own film clip.

The duo learned from some of the best broadway professionals and master teachers at the workshops and brought home a lot of experience.

Nathaniel and Poppy shine in USA