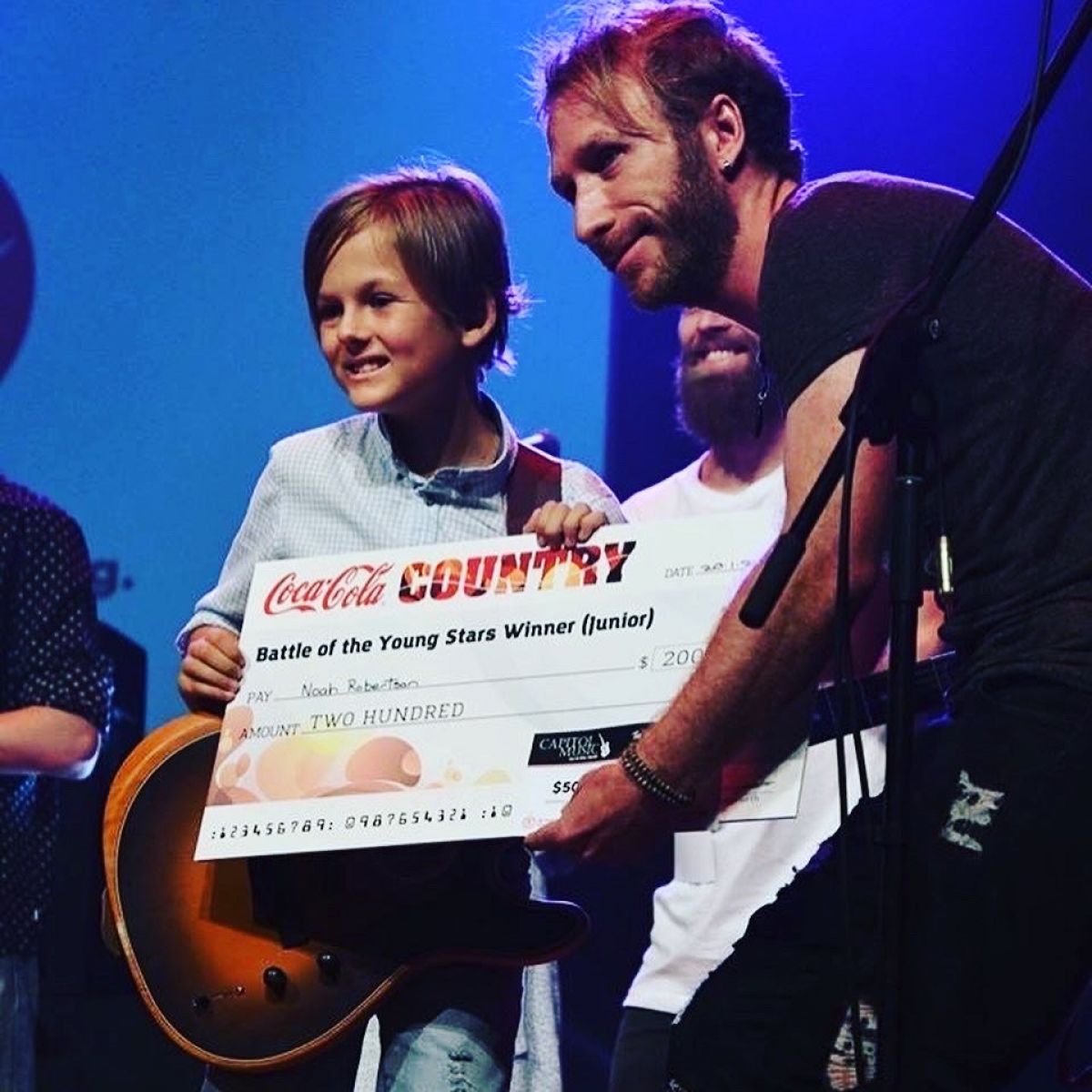 Our Primary student Noah Robertson was announced the winner of the ‘Junior Coca-Cola Battle of the Young Stars’ competition, at the Tamworth Country Music Festival last week.

Noah was presented with a cheque at the Tamworth Town Hall final, of which he donated $150 to Rural Aid.

While most students across the region were busy preparing to return to school, Noah was entertaining crowds playing guitar and singing, busking on the Tamworth strip, whilst gaining further insight into his passion for music.

Noah, who just turned 10 upon returning home from Tamworth, was also invited to participate in the Country Entertainer of the Year (15 and Under), where he went head-to-head with other rising stars from across the country, some more than 5 years his senior.

Following two sets of heats, Noah became the youngest finalist in the competition.

Along with taking home the ‘Young Star’ title, Noah said other highlights included meeting iconic Australian musicians and being asked to perform on national breakfast television via Seven’s Sunrise Show.

“I met Kasey Chambers and Paul Kelly,” he said.

Not only does Noah have a solid song list including both modern and classic country songs, but he also sings some originals. Having entered the 15 and under Junior Songwriters’ competition, as, again, the youngest musician, he received a commendation.

Noah’s mum and dad, Ali and Ro Robertson said they were very proud of their son’s achievements and how humble and grateful he had been throughout the whole experience.

“We are blown away by his commitment and passion for music and are right behind him as he continues to dream big”, he said.

While attending the music festival, Noah’s younger sister Tilly helped out as his ‘roadie’ setting up and packing down his equipment at gigs at some of the local establishments.

St Catherine's Principal Luke Thomson congratulated Noah on his achievements and said the whole College community was really proud of him.

Having returned to Australia in July last year from an overseas sailing adventure and living in The Bahamas, Noah now proudly calls The Whitsundays home. The young musician is becoming known for his music abilities across the region, having played at numerous gigs including during last year’s Airlie Beach Music Festival.