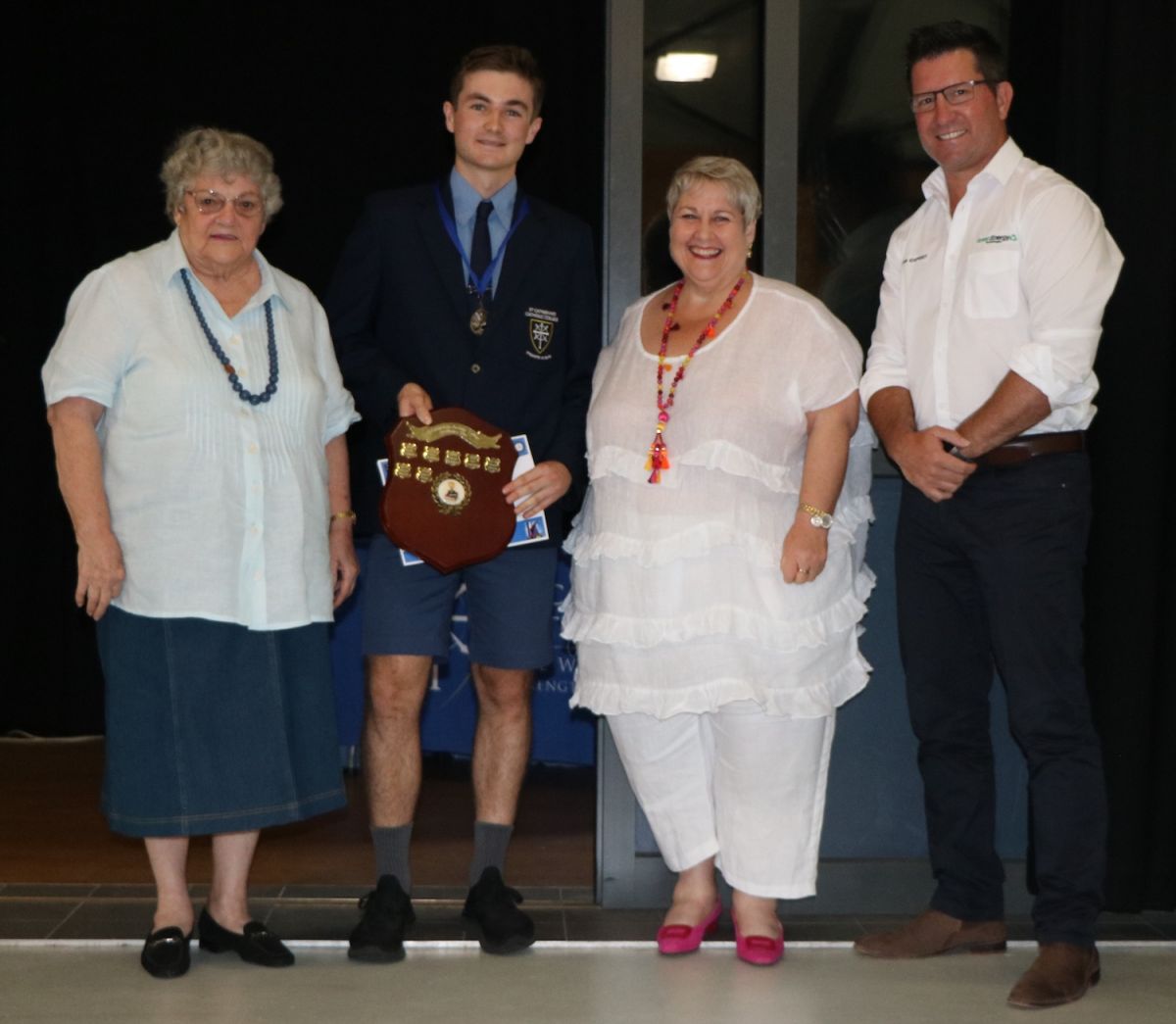 Jy Parkinson and Jacob Dewis were named the Secondary Sportsmen of the Year for their domination in school swimming representing the College at the Queensland State Titles. The duo also received Excellence in Sport awards.

Sari Goodall was named Sports Woman of the Year for her achievements as Age Champion for Swimming Cross-Country and Athletics. Sari also went on to represent the College for Athletics, Touch Football and Cross-Country. The Year 7 student was also selected as Captain for the Northern Queensland Girls Football team and is an enthusiastic member of the College Sports Excellence Program. Sari was also the recipient of an Excellence in Sport award at the event.

Sportsperson of the Year for the Primary Campus was awarded to Jake Hinton who represented North Queensland for Rugby League. Jake was also awarded an Excellence in Sport award.

The Australian Olympic Change Makers award was presented to Year 12 student Courtney March-Peach who also took out the Strength in Faith Award and Top of Subject Award for Music.

Year 11 student Rhys Wotherspoon was presented with this year’s Vocational Excellence Award for his initiative in securing a school-based apprenticeship through TAFE NQ and for their Excellence Award.

Rhys has been acknowledged by TAFE QLD as one off their top students in North Queensland and has been included in their quarterly newsletter as an example of excellence.

College parent and President of the College board Nathan Blain was also honoured with the Mark and Doreen Mappas Medallion in recognition of outstanding service as a volunteer, providing the school with guidance and support at a leadership level as well as willing to be hands on in all facets of school life on camps and at events.