Blain off to Hawaii 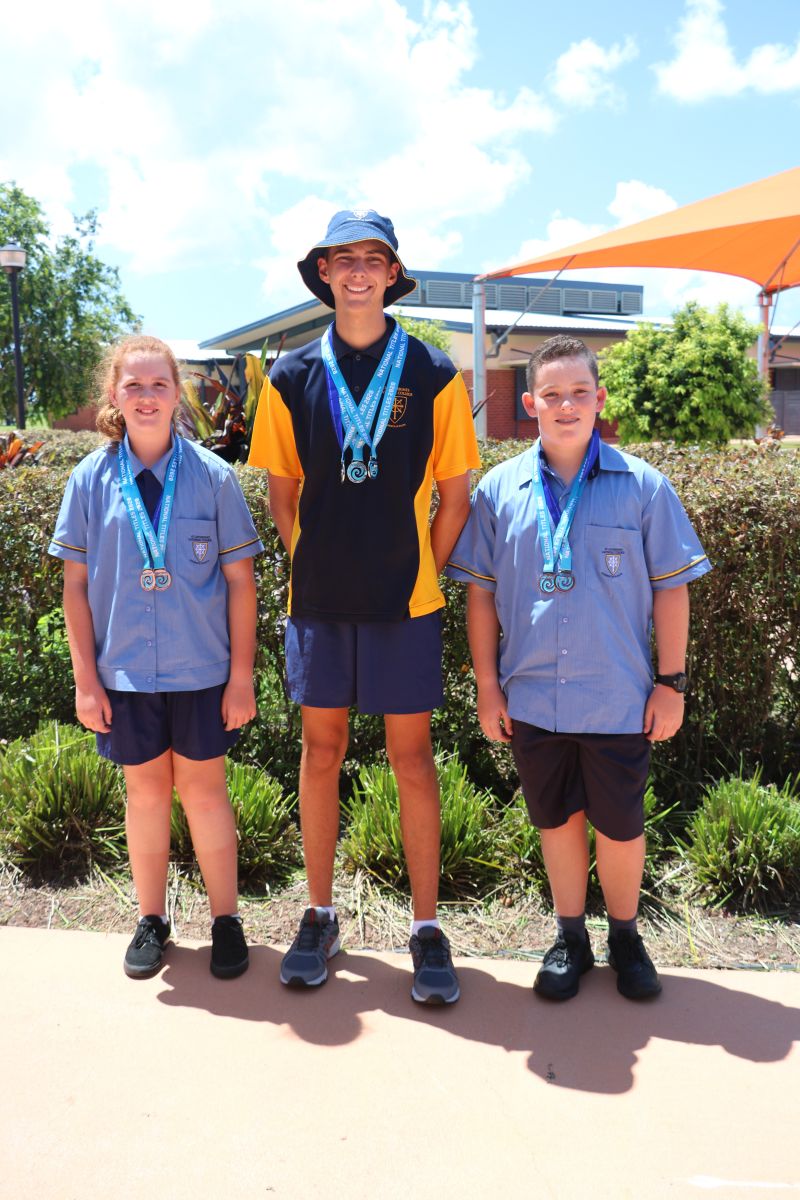 How shiny are their medals? Congratulations to our Secondary students Roy Blain, Coby Doblo, and Alani England who competed at the Australian Outrigger Canoe Racing Association’s (AOCRA) National Sprint Titles at the end of January. The event was held at Lake Kawana on the Sunshine Coast, with all three of our students coming home with medals.

Doblo paddled up this year in the U14 team in his V1 250m straight and placed 5th in his heat and 9th overall.

He said he was happy with his finish as the event was his first race competing in the U14 division after racing with the U12s last year.

He then joined England in the Mooloolaba U14 Mixed team for the OC6 500m turn and 250m straight, which they came away with bronze medals for both races.

“It’s a fun sport because you meet new people and get to go out on the water,” Doblo said.

“I like racing in a team with different people,” England said.

Blain’s U16s team also qualified to compete in the World Sprint Titles in Hawaii this August.

“I was pretty excited,” he said.

“It will be my birthday when I’m over there so that will be pretty memorable.”

All three students are members of the local Club Outrigger Whitsunday group that trains at Shingley Beach in Airlie Beach.

Well done to you all for your efforts and best of luck in Hawaii in August Roy!

Blain off to Hawaii