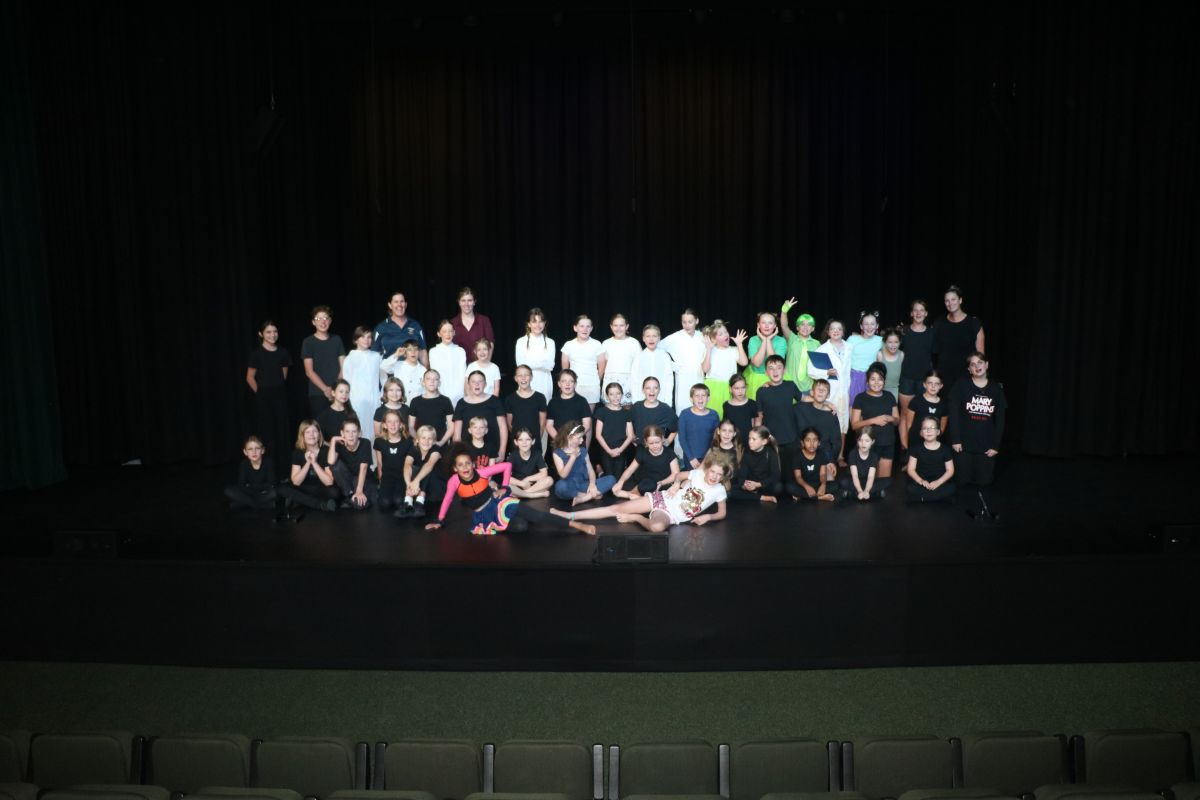 History was made this year, not once, but twice. We had our biggest numbers sign up to be part of our Junior Drama Club and they were the first local performance at the newly opened Proserpine Entertainment Centre.

Students in Years 1-6 acted, danced and sang in their performance of 'Catch the Waves' by Patti Veconi - a fun space adventure that offered lots of unique roles for our large (50+) ensemble cast. The almost sell-out show was enjoyed by our College families and staff, with our students' talents shining on stage.

A big thank you to our Year 6 Teacher and JDC Director Mrs Melissa Stagg for her efforts with our students this year. Thank you to our secondary student directors, performance helpers, and Drama Club helpers, as well as parents and staff who assisted in the lead-up to and on the day.