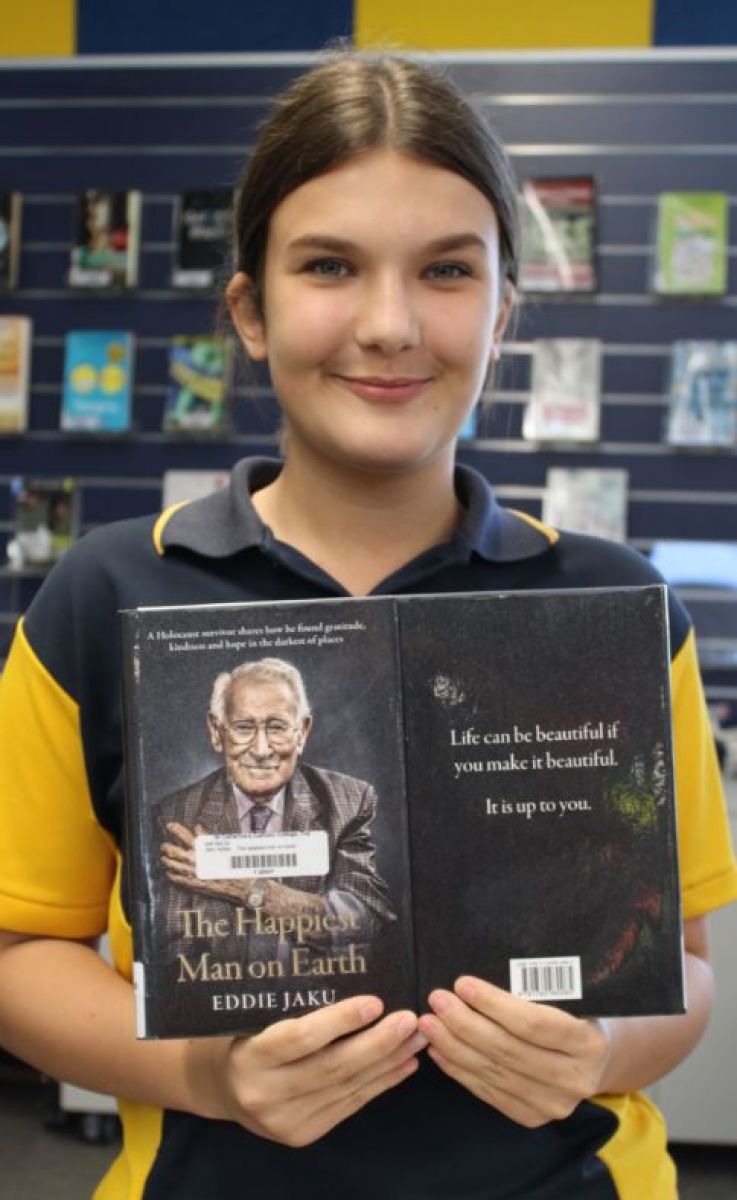 Our Secondary Student Bronte Johnson-Follett had the honour of meeting ‘The Happiest Man on Earth’ – Eddie Jaku in early May.
Eddie is a 101 year old Auschwitz survivor who now lives in Sydney and completed his greatly anticipated memoir last year during Covid-19. He has since been swamped with thousands of letters from readers all across the world whose lives he has touched with his honest, yet witty recount.
Bronte was one of 10 people invited to read a passage from her letter to Eddie who was a guest speaker at the Jewish Museum as part of the Sydney Writers Festival.
The Year 9 student said she was shocked to be invited to the prestigious event after writing a letter to Eddie when she finished reading his book.
“I love reading auto-biographies and biographies,” she said.
“When I saw his book at the book shop I thought, what makes him the happiest man on earth?”
“When I finished it I was so moved and was telling my mum about it and she suggested writing to him.”
Bronte was also lucky enough to meet Eddie’s youngest son Andre and have a personal tour of the museum by the CEO Norman Seligman who explained the exhibits and provided a real insight into Jewish history, in particular the Holocaust.
“I didn’t know much about Auschwitz before reading the book, but now I want to learn more in history at school.,” Bronte said. “It’s definitely changed my life. I realise how lucky I am.”
Bronte’s mum Tamara Johnson said Eddie was an inspiration to all. “The main message Eddie wanted everyone to take from his story is to, ‘never give up’”, she said.
“He was making us all laugh telling us about how he got his driver’s license renewed and they were going to make it for one year [given his age], but instead made it for five.”
Well done Bronte! We’ve certainly taken some inspiration from your courage to write to Eddie, whose book is available to our students and staff to loan from our Secondary Resource Centre.
Return to Stories